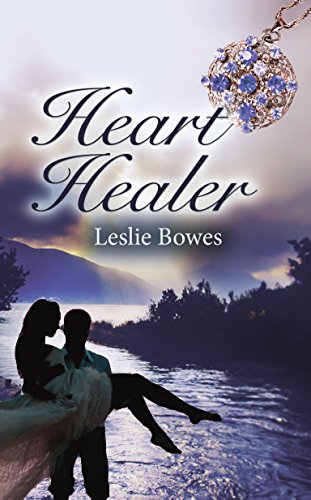 Catherine Andrews is an English woman living in the 1800’s. Her father sells her to Blake Von-Clyer to be his wife to pay off debts owed to Mr. Von-Clyer. Catherine soon finds out Blake is a cruel and horrible man.

On their wedding night, to escape his cruelty, she throws herself into the river. Death is better than marriage to a beast.

Christopher King is living in 2014 doing his best to raise his young son Ryan after his wife left him. One night, Christopher finds a woman in the river unconscious and barely breathing. She is also wearing old fashioned clothes. Christopher does everything in his power to help the young women. When Catherine regains consciousness, she finds herself in a strange and unbelievable situation. Terrified, she does her best to keep her guard up against Christopher. But as she gets to know him, she can’t help but fall for the man who saved her life. When Catherine’s dangerous past comes back to haunt her, it has Catherine and Christopher fighting for each other and their love.

Catherine dropped the spoon as her whole body shook. What was her father planning to do? Hard work? A wife? What was going on? She was not her father’s slave to trade as he wished. She was his daughter. Too nervous to turn around, Catherine prayed that she heard wrong.

“What did you say?” her father asked, shocked.

“You heard me.” Mr. Von-Clyer laughed. “You had no problem selling her to me as a servant Mr. Andrews, but now that I want her for my wife your conscience haunts you. What’s the difference? Either way your debt to me is paid.”

“Catherine, get over here now!” her father yelled drunkenly. The longer she stared at the vein in her father’s neck; she realized that she was making him angrier than Catherine had ever seen before.

She slowly walked over to the table and stood in front of her father. Her heart was pounding in her chest as she watched him drink his last bit of wine.

“You will be Mr. Von-Clyer’s wife to pay off my debt.”

“Catherine, do not speak unless you are spoken to,” her father snarled.

Her father jumped up from his chair with an angry shout, bumping the table, but James jumped in front of him.

“You cannot treat Catherine like that, Father. She is your daughter and my sister, not your slave!” James yelled.

Catherine’s father was having none of that. He lunged for James, but Catherine got in between them before her father could do anything. She knelt in front of James and wiped his tears. All the while she prayed for strength.

“Thank you, James, but I need you to go to your room.”

“No buts. Go to your room and stay there until I come for you.”

As soon as James was in his room, Catherine’s father grabbed her arms and shook her hard.

“Don’t you ever speak to me like that again, Catherine! Do you understand me?”

“Good. Now go with Mr. Von-Clyer and pay off your debt.”

I never saw myself as a writer.  Writing was just something I did for fun. I started going to school for movie editing but I had to take a writing class and I love it and started writing my first novel.