Colleen, you have the Com!  How did you settle on the title Letters and Lies? 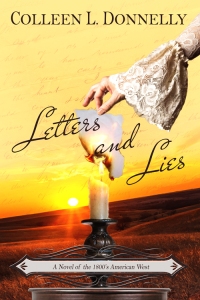 If a tree falls in the forest and no one hears it, does it make a sound?

If a lie is told for a good cause, is it wrong?

If the tree creates sound waves, would the lie create moral waves?

We hope not if we’re the liar or the one lied to or about. But we hope so if we’re the fly on the wall and eager for a good story at someone else’s expense. Everyone loves a red face when it’s not their own. Some, because they like to judge. And others as a reference for those past and future moments when deception would seem kinder than walking away with a regretful, “If only I would have thought of that sooner.”

Refusing to write nonfiction where I air my own dirty laundry, I wrote “Letters and Lies” instead, the antics of a historical fictional character, Louise Archer, who supplies those of us in the second category above with a plethora of reasons to toss honor aside and lie. I smiled at my own temptations as I wrote her, and I hope you smile at yourself as you read the following paraphrased excerpts of incidents Louise deemed justifiable for bending the truth.

Louise Archer boards a westbound train in St. Louis to find the Kansas homesteader who wooed and proposed to her by correspondence, then jilted her by telegram – Don’t come, I can’t marry you. Giving a false name to hide her humiliation, her lie backfires when a marshal interferes and offers her his seat.

Marshal Everett McCloud intends to verify the woman coming to marry his homesteading friend is suitable. At the St. Louis train station, his plan detours when he offers his seat to a captivating woman whose name thankfully isn’t Louise Archer.

Everett’s plans thwart hers, until he begins to resemble the man she came west to find, and she the woman meant to marry his friend.

“He wrote and changed your plans? Why didn’t you tell me? You know I love hearing his letters.”

Everyone loved hearing his letters. Or at least they’d pretended to. I glanced at my friends, especially the one who’d first suggested I correspond with her husband’s homesteading friend in Kansas who was ready to look for a wife. She dabbed at her eyes with a handkerchief while she flicked the fingers of her other hand in a weak wave. I dredged my soul in search of a smile. The man she’d introduced me to truly had penned everything I’d ever wanted in a husband, months of letters which convinced Mama Jim was my open door. Letters I’d foolishly carted from family to friend to blather every word like a desperate spinster. Drat.

“He didn’t send his change of plans in a letter, Mama. He sent them in a telegram.” Don’t come, I can’t marry you. The only words I never shared.

“Well I imagine your Jim has a surprise for you and didn’t have time to send a letter before you left for Crooked Creek. How thoughtful to wire you instead.”

Thoughtful…I felt poisoned and Mama would too if she ever found out Jim had shut my open door. Which she wouldn’t, since as soon as I got out there and found him, I’d wedge it back open again.

For a limited time, “Letters and Lies” is 99 cents on the following sites: 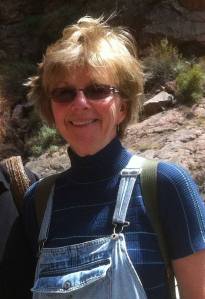 Born and raised in the Midwest, Colleen studied and worked in science, using that career to travel and explore other parts of the country. An avid fan of literature, both reading and writing, she loves tales involving moral dilemmas and the choices people come up against. A lover of the outdoors as well as a comfy living room, Colleen is always searching inside and out for the next good story.

4 thoughts on “Letters and Lies By Colleen L Donnelly”