After the Plague Book 1

When love is forbidden, the whole world’s a prison.

Dylan Moore will do anything for freedom. Seven years ago, a gay plague spread to heterosexuals, killing millions and sparking brutal anti-gay riots. The Guardians rounded up men who tested positive for the homogene and imprisoned them in remote quarantine centers like desolate Camp Malheur. Since then, Dylan has hacked the camp’s security systems and hoarded spare bits of electronics, seeking some way to escape. He has concluded the human guards are the only weakness in the facility’s defenses.

Dylan’s plan goes awry and Rafe comes to his rescue. Soon they’re both fugitives, fleeing from militant survivalists, murderous androids, homophobic ideologues and a powerful man who wants Dylan as his sexual toy. Hiding in the Plague-ravaged city of Sanfran, Dylan and Rafe learn there’s far more than their own safety at stake. Can they help prevent the deaths of millions more people? And can Rafe trust the love of a man who deliberately seduced him in order to escape from quarantine?

Note: This novel was previously released by Pride Publishing under the title Quarantine. It has been revised and re-edited for this release.

The fact was, no one really knew who the Guardians were. At the height of the Plague, thousands had been dying daily. The streets stank from the smoke of burning bodies and torched buildings. Crazed mobs had roamed the cities, looking for the “carriers” they blamed for the death of their loved ones. The fact that gays had been dying twice as fast as straights hadn’t stopped them.

Then the Robbies had marched in, a small army, with Tasers and tear gas. At first, some people had screamed about an alien invasion. Within hours, the messages began coming from “the Guardians of American Greatness”, urging people to be calm, promising to contain the scourge of the perverts. Gradually, the chaos had subsided.

Dylan vividly remembered being dragged to the testing center by a pair of robots. They’d smashed in the door of the Castro District apartment he’d shared with his lover. Miguel’s body had been sprawled on their bed, his coffee-colored skin riddled with the oozing sores that were the Plague’s mark. Dylan had been crouched on the floor, crying and rocking back and forth, while explosions shook the building and sirens wailed.

He hadn’t put up any fight. What would have been the use? Miguel was dead. The world was in flames. He’d been seventeen.

But he was ready to fight now. He’d do whatever was necessary to get out of this hell. Dylan reached into the basin of the chemical toilet, feeling around the inside rim. The slimy plastoceramic surface made his skin crawl. Ammonia fumes burned his nostrils. He grinned as his fingers found the item he sought. Detaching the object from the hook he’d installed, he brought out an oblong about the size of a cig pack.

He unwrapped the protective plastic and switched on the controller. The organic LCD screen glowed pale blue. He’d lifted it from a discarded microwave oven. His fingers danced over the keyboard, composing his message. The interface was crude but adequate for his needs.

Closing his eyes, he brought up an image of the brawny black guard who was his target. What would work best? He didn’t know much about Rafe—he hadn’t been able to hack the guy’s dossier. He could read boredom and frustration in the man’s strong, regular features. He knew from their first encounter that Rafe had a temper. Yet Dylan also sensed a streak of decency. Most of the human guards at Malheur were supposed to be convicts. Let the dregs take care of the pariahs seemed to be the Guardians’ philosophy. Rafe hadn’t struck him as the criminal type, though, despite his rough looks.

Clearly Rafe was attracted to men, or at least to Dylan. But he probably didn’t consider himself queer. Best not to be too explicit in the message, then. It would be better to allow Rafe to deceive himself about his motives.

Dylan completed his task, scheduled the message, and pressed “Send”. If all went well, the invitation would be delivered to Rafe on his private channel tomorrow afternoon. 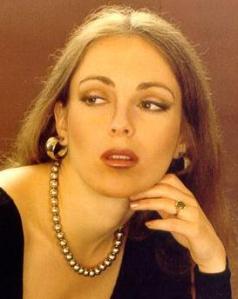 You’ll find information and excerpts from all Lisabet’s books on her website (http://www.lisabetsarai.com/books.html), along with more than fifty free stories and lots more. At her blog Beyond Romance (http://lisabetsarai.blogspot.com), she shares her philosophy and her news and hosts lots of other great authors. She’s also on Goodreads, Pinterest, and  Twitter. Join her VIP email list here: https://btn.ymlp.com/xgjjhmhugmgh