From my WIP – A little background: Life on Earth has become a living hell. Luc Byrd discovers a time-continuum portal that transports her to paradise, a Dionysian world peopled by centaurs.

We might have worshiped the invaders as gods. The One God, when he was amongst us, had walked upright on two legs. Our scriptures foretold their coming, but not the cruelty and brutality with which they greeted us. Their weapons belched fire and thunder, and my people fell. On a crimson tide, Man flooded our quiet valleys.

We were defenseless. For centuries, the Andalos had been a peaceful herd. The One God had persuaded my ancestors to put away our arms–the Days of the Sword now belonging to legend.

If you’ve stayed with me this far, here’s the remainder of the Prologue:

I had reached six-and-twenty years and had never even seen the weapons we’d used in wars with other Breeds. Long ago, the battle movements—piaffe, passage, capriole, levade, and courbette—had evolved into ceremonial dances.

For many years, the war between Man and the Centaur has raged. Locusts, wave after wave, they came on their ridiculous two legs. Centaurs they call us all, after some mythological creature on Earth. If this half-human/half-horse ever existed, I imagine they hunted them down and killed them from greed. Here on our planet, they pointed their wicked sticks and left behind the stench of death and destruction. I began this account when I was free and a warrior, but the story and my life dissolved when I became a captive.

If this narrative has a bitter flavor, it is only a remembered one, merely an after-taste of blood and ashes.

Never doubt that love is mightier than the sword.

Years ago when I lived in Miami, I started a book about centaurs in an alternate dimension and invaders from post-Apocalyptic Earth.  I have begun work on it again and have 28 pages of the rewrite (it needs a lot of help!) like having completely left out how these creatures become friends of Man when we are trying to subjugate them.  Here is the Prologue:

We might have worshiped the invaders as gods. The One God, when he was amongst us, had walked upright on two legs. Our scriptures foretold their coming, but not the cruelty and brutality with which they greeted us. Their weapons belched fire and thunder, and my people fell. On a crimson tide, Man flooded our quiet valleys.

We were defenseless. For centuries, the Andalos had been a peaceful herd. The One God had persuaded my ancestors to put away our weapons. The Days of the Sword now belonged to legend. I had reached six-and-twenty years and had never even seen the weapons we’d used in wars with other Breeds. Long ago, the battle movements—piaffe, passage, capriole and courbette—had evolved into ceremonial dances.

For many years, the war between Man and the Centaur has raged. Locusts, wave after wave, they came, two-legged beings pointing their sticks, and they left the stench of death and destruction. I began this account when I was free and a warrior, but the story and my life changed completely when I became a captive.

If this narrative has a bitter taste, it is only a remembered flavor, merely an after-taste of blood and ashes.

Love is mightier than the sword.

Stefan will be awarding one randomly chosen winner via rafflecopter a $50 Amazon/BN.com gift card.   a Rafflecopter giveaway 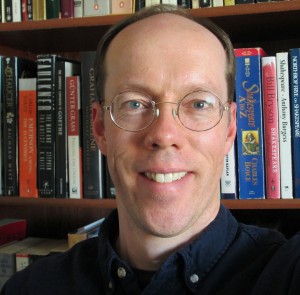 Stefan agreed to a fun interview.  Here’s your chance to learn more about him before you read the excerpt of his fascinating and imaginative Shadows of Ghosts.  Just the title captured my interest, and I love centaurs, being a horsewoman.  Without further ado:

My dream home would have a huge indoor swimming pool. It would be amazing to be able to go for a swim anytime, no matter what the weather is doing.

I use different curse words for different situations. There’s the lighter words used for situations such as coming home from grocery shopping and realizing that I’ve forgotten to purchase an important item. Then there’s the more powerful string of curse words hurled at the computer when it locks up. The most powerful curse words are reserved for injuries such as accidentally hitting my finger with a hammer or stubbing my toe. I worked one summer as a deckhand and I learned from the crew that it’s not the curse words that you use, but the way that you string them together. The best cursing comes from creative ways of stringing together four letter words.

4.  How would you spend ten thousand bucks?

If I was given ten thousand bucks and had to spend it all, I would immediately start planning a trip to South Africa. I would use the money for a photographic safari. I would also use the money to spend some time on a boat watching the waters where great white sharks feed.

5.  What are five things within touching distance?

A stack of books, shelves filled with classic rock CDs, a Bose stereo, a file, and a group of interesting sea shells that I’ve collected from various beaches.

Shadows of Ghosts carries readers to Enara, a kingdom at war with itself, where for

centuries centaurs have been treated like animals because of their horse-like lower bodies; they’ve been forced to work as slaves in the southern agricultural provinces, and have been bought and sold like livestock. But a strong abolitionist faction has convinced many that centaurs’ human torsos, heads, and intellectual abilities make them humans, who should be liberated from slavery and granted the same rights as any other person.

After four years of being forced to live in a remote village and having to keep his real identity a secret, Cal Lanshire, days away from his thirteenth birthday, is given the best birthday present he can imagine. He is told the war is almost over and he will soon be allowed to return home.

But then an old acquaintance unexpectedly arrives with news that changes everything. Cal’s father, the king, has been assassinated.

Suddenly the outcome of the war and the very fate of the kingdom depend upon Cal being able to reach the capital where he will take his father’s place.

With only his crafty best friend by his side and an escaped centaur slave to guide him, can Cal make it through an enchanted, hostile wilderness, past the assassins sent to kill him, and back to the capital before it’s too late?

Suddenly, Grintar shouted something, but Cal couldn’t understand the words. Grintar’s men spread out, and there was a tension that Cal could sense, like the way it felt seconds before a bolt of lightning was about to strike nearby. Grintar raised his sword over his head, held it there for several seconds, and then he swooped it down, slashing it through the air, and shouted, “Advance!”

Chaos exploded. Crossbow bolts and arrows whistled through the air, and men on both sides charged forward, yelling battle cries, and the ringing sounds of metal striking metal pierced the air as the opposing troops crashed into each other. Soon the agonized screams of the wounded and dying joined the other sounds.

The men who were guarding Cal moved him back, and they tightened their circle around him so that their shields were almost touching; Cal strained to see out through the thin slits in between the shields. All he saw was an occasional flash from the sun reflecting off metal, and at one point he saw a streak of red, which he was certain was blood pouring out of a wounded man.

It was difficult to estimate how long the battle lasted. The agonized screams and the ringing of metal striking metal seemed interminable, and it took all of Cal’s willpower not to clasp his hands over his ears, but the battle stopped so abruptly Cal had a sense that it hadn’t lasted more than three or four minutes. There came a brief span of absolute silence which, after the battle’s cacophony, seemed eerie, as if the dead had suddenly demanded the payment of silent respect.

Stefan Haucke, driven by the desire to learn about other cultures and the need for adventure, has traveled to over twenty nations. He rode a camel near the pyramids in Egypt, swam with sea lions in the waters of the Galapagos Islands, climbed the Great Wall of China, hiked near the Acropolis in Athens, went dog sledding in northern Michigan, and photographed polar bears in Canada.

Along his many travels, Stefan has successfully worked as a deckhand, a shepherd, a dispatcher for an emergency services unit, an electric meter reader, and an office manger. He has also found the time to study the literature and history of ancient Greece, Russia, and the United States, and loves reading folktales, fairytales, and urban legends. He also enjoys astronomy, and on clear nights can be found gazing at the stars and planets with his telescope.

Book can be purchased on:

FOR MORE CHANCES TO WIN THE $50 GIFT CARD, FOLLOW STEFAN ON TOUR AT: