Gambler’s Choice is an jumping event in a horse show where exhibitors choose their own course. Each jump is assigned a certain point value based on its difficulty, and the rider who accumulates the most points within a set amount of time is the winner.

Jumps can be taken from either direction. They must be verticals, walls or square oxers. Triple bars or oxers with a back rail higher than the front rail can only be negotiated safely from one direction. Generally, a single obstacle can only be jumped twice within the round. If a fence is knocked down, no points are earned and it can not be jumped again.

At the conclusion of each Gambler’s Choice round, a buzzer sounds. The competitor then has the opportunity to increase their score by taking the Joker Fence. This is a tall fence with a high point value. 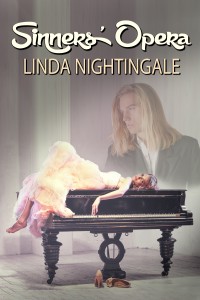 On May 15th, the rights on Sinners’ Opera reverted to me from a 5-year contract with Double Dragon Publishing.  I began polishing the manuscript for submission to The Wild Rose Press, and yesterday, I completed my review.  I immediately hit send on an email to my editor, Callie Lynn Wolfe at TWRP.  Now, the wait.  Tick, tock.  Are we there yet?  This is the time that weighs on my non-existent patience!

A little About Me – Natashia Brewer 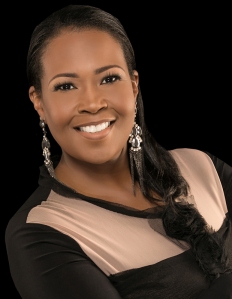 I would like to take this time to introduce myself.  My name is Natashia Brewer and I am a wife, mother, business owner, songwriter, music producer, author, speaker, etc.  Wow, that is a lot.  I know, I know.  Being all these things takes a ton of prayer, patience, and strategy.  I am not going to bore you today with all the things I do to get done what I get done.  I want to take this moment in time to introduce you to my latest project, my second published book, Biblical Proportions and how it relates to my life.

Biblical Proportions is a story about two twin brothers who are in the fight of their lives.  They have found themselves in situations that they have no clue on how to get out of it.  It wasn’t until they really turned their lives over to God that they saw a shift in things.  How many of you have been in this type of situation where you don’t know what to do or where to turn?  I know firsthand because I have been through various situations that have made me question my very existence.  I lost my mom while I was pregnant with my first child.  I was shot as a teen.  I have been in so many trying situations in my life.  Throughout my life I have always believed in God, but I didn’t have a relationship with him.

In January 2017, I found myself separated from my husband (whom I’ve been with for over 23 years) and jobless for the first time in my adult life (been working for that company for 20 years).  I didn’t know what I was going to do; however, I knew that failure was not an option.  I began to listen to various inspirational videos, then added listening to various church sermons.  I recognized that something was happening within me as time went on. I knew that there were things from my past that I needed to deal with and I couldn’t get through it without the Lord.  I also began to recognize the more that I changed my mind, the more my life began to change and began to see there was light on the other side of the storm.  I prayed and surrender to the process and the will of the Lord for my life.  I recognize now that if I had not gone through the storm and found God, found who I was as a woman, found what I was called to do, I would not be who I am today.  I would not have written two books.  I wouldn’t have spoken on various platforms.  I wouldn’t have written the songs I have written.  I wouldn’t have grown.  I wouldn’t have had the confidence to submit my work to a charity and become a contributing songwriter.  If I wouldn’t have walked through the storms, crawled on some days with tears streaming down my face, I would still be stuck.

This is exactly what happens with the twins Edward and James in Biblical Proportions.  They where in the worst place of their lives and they did what was necessary to get through the storm and find their purpose on earth.  The message of the book Biblical Proportions is to inspire people through their own personal storms.  Prayerfully, the readers are open to receive the message which is storms in our lives are not meant to harm us.  The storms of life are meant to birth something out of us and push us into purpose.  Yes, it is painful.  Yes, you may lose people who were close to you.  Yes, you may be uncomfortable and feel out of sorts.  Yes, you may feel lonely.  I am a living witness that in the end it was all worth it.

Biblical Proportions is now available for purchase, visit – bit.ly/purchasebp today.  If you want to learn more about me, here are all the ways that you can stay connected:  social media, @itstashiab (Instagram, Facebook, Twitter, Periscope, YouTube); websites, www.itstashiab.com or www.resonationentertainment.com.

On final thought/statement, I believe that if you change your mind, you can change your life. If you are ready to do something different and change your life, join the Renew Your Mind Challenge Facebook group.  Thank you.  Peace and blessings.

Edward and James Shaw are twins who are successful executives at Rock Star Records.  The company that was started and operated by their father, Irvin, who is a well-known hip hop artist.  Edward has a great love for music and is focused on ensuring the success of the business, just like his dad.  James on the other hand has a great love for women and power.
Unfortunately, they were blindsided by the challenges of life which were of biblical proportions.  Edward found himself in the struggle of his life to save his marriage and his career after there had been some horrible choices made, while James found himself fighting for his freedom.

The only way for them to find their way through the drama, infidelity, damaged trust, addiction, meaningless sex, and betrayal was to build a solid relationship with God.  When Edward and James hit rock bottom mentally and emotionally, they found out who they were and what the Lord called them to do.  They both began to walk into their purpose realizing that although the storms came one after another, after another and almost took them out; they survived through the grace of God…

Take this journey with Edward and James and the rest of the Shaw family as they endure the many trials and tribulations of this life.

Cynthia could not resist that man of hers.  So, she grabbed his hands and stood in front of him.  He pulled her close, embraced her, and placed his forehead upon hers. 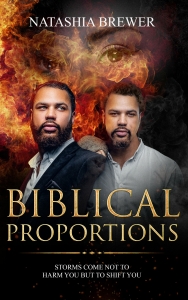 He began to pray over him and his wife.

“Dear Lord, hear my pleas.  I lift my heart to you today.  I ask that you give Cynthia and me strength to make the right decisions.  I ask that you show me how to love her through the pain that I have inflicted upon her.  I ask that you open her heart to receive and forgive.  I ask that you heal the deep wounds that have been created because of poor choices.  I decree and declare that our marriage will be made whole again.  I ask these things in Jesus name.  Amen!”  Edward prayed.

Cynthia was full of emotions as Edward gently lifted her face and kissed her quivering lips.  The peck quickly turned into something that neither of them thought it would be.

Life Lesson Two:  Ignoring an issue will not make it disappear.  You must become grounded in the word so that you will have the strength to endure the storm.

Natashia Brewer is the established Resonation Entertainment Group in 2014.  Since the launch of her company, she has released many motivating and inspiring musical and literary projects, like:  The Infinite Love EP; Love Song the book; and Biblical Proportions.  When she isn’t creating music for upcoming projects, writing books, 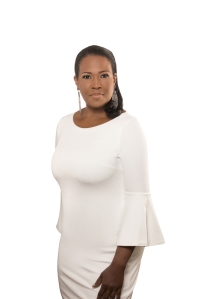 conducting interviews, or writing blog post, Natashia is a contributing songwriter for the charity Songs of Love, creating personalized songs for sick children.

In addition to being a published author, songwriter, and music producer, Natashia is a speaker who’s objective is to use her life’s testimony to uplift and inspire others.  Letting people know that they can change their lives if they change their minds.

Natashia is currently married with two children, she resides in Maryland.

Natashia Brewer will be awarding a $25 Amazon/BN GC to a randomly drawn winner via rafflecopter during the tour.  a Rafflecopter giveaway

On May 15, my rights to Sinners’ Opera, the book of my heart, revert to me.  I intend to send the manuscript to my current publisher, The Wild Rose Press, with the hope that my editor for the Black Rose line will take a look and be as anxious to see it in print and especially audio as I am.  Fingers crossed!

In the interim, I’m reading through to  try to shorten.  It’s difficult doing so. Here’s hoping!

Have a wonderful week!